A constellation of up to 50 cloudlets that made up the Cloud, a networked sculpture that brings together technology and the arts for an interactive, community-created experience, transformed a central space of Welburn Square in Ballston, Virginia. The cloudlets emit light and sound in response to light and sound generated by other cloudlets, people, and the environment. Each cloudlet’s aluminum honeycomb and acrylic vessel contains a Raspberry Pi microcomputer, light sensors, microphone, multi-color LEDs, and a small speaker. These components are driven by a custom version of Virginia Tech’s Pd-L2Ork open source software for audio, video, and graphics processing.

As part of a series of workshops, 50 teams from businesses, organizations, and schools were given an opportunity to customize the behaviors of the cloudlets and placed them in Welburn Square. The Cloud grew cumulatively as more people joined and added their unique perspectives. 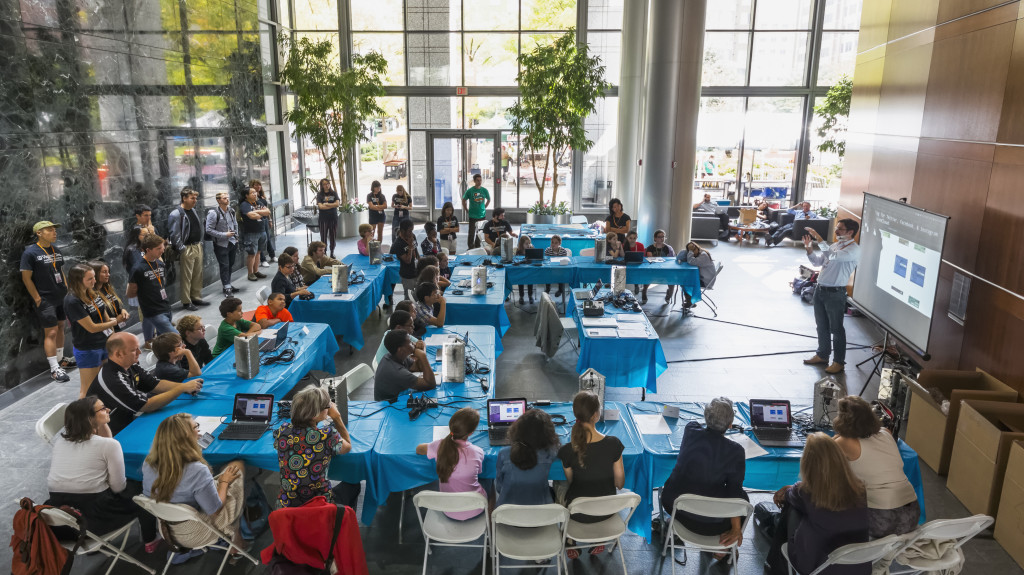