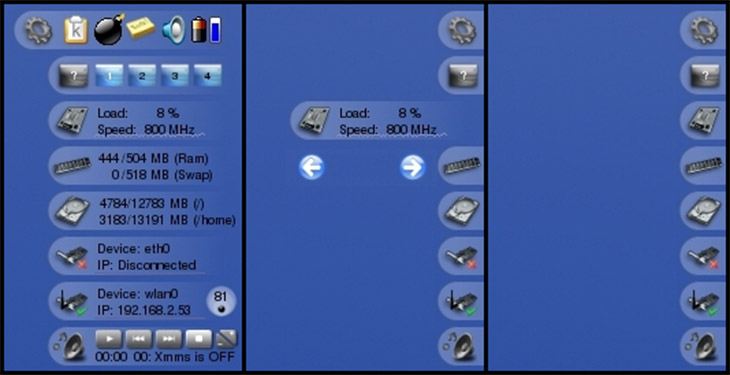 Back in the days of K Desktop Environment (KDE) 3.x, I became interested in improving Linux Desktop usability and appearance. As a result I became involved in the early development of the Superkaramba project providing a series of patches and improvements that ultimately resulted in the creation of the Borealis Superkaramba theme (2004), which is not to be confused with the Borealis sound theme I released around the same time. The theme offered smoothly animated retractable widgets, including systray, multiple desktops, CPU, memory, swap, and storage status, management of wired and wireless networks, and the good ole’ Xmms mp3 player. While the project never yielded any formal assessment, it has been downloaded over 30,000 times before it became obsolete, mainly because Superkaramba engine had evolved and eventually got integrated into KDE itself, while I migrated from the now defunct Mandriva (or what used to be in the old days Mandrake) onto the Ubuntu Linux distribution and its Gnome-centric desktop. Below is a link to project’s fairly comprehensive online documentation whose appearance somewhat embarrassingly reflects the 90s plain HTML style and appearance.