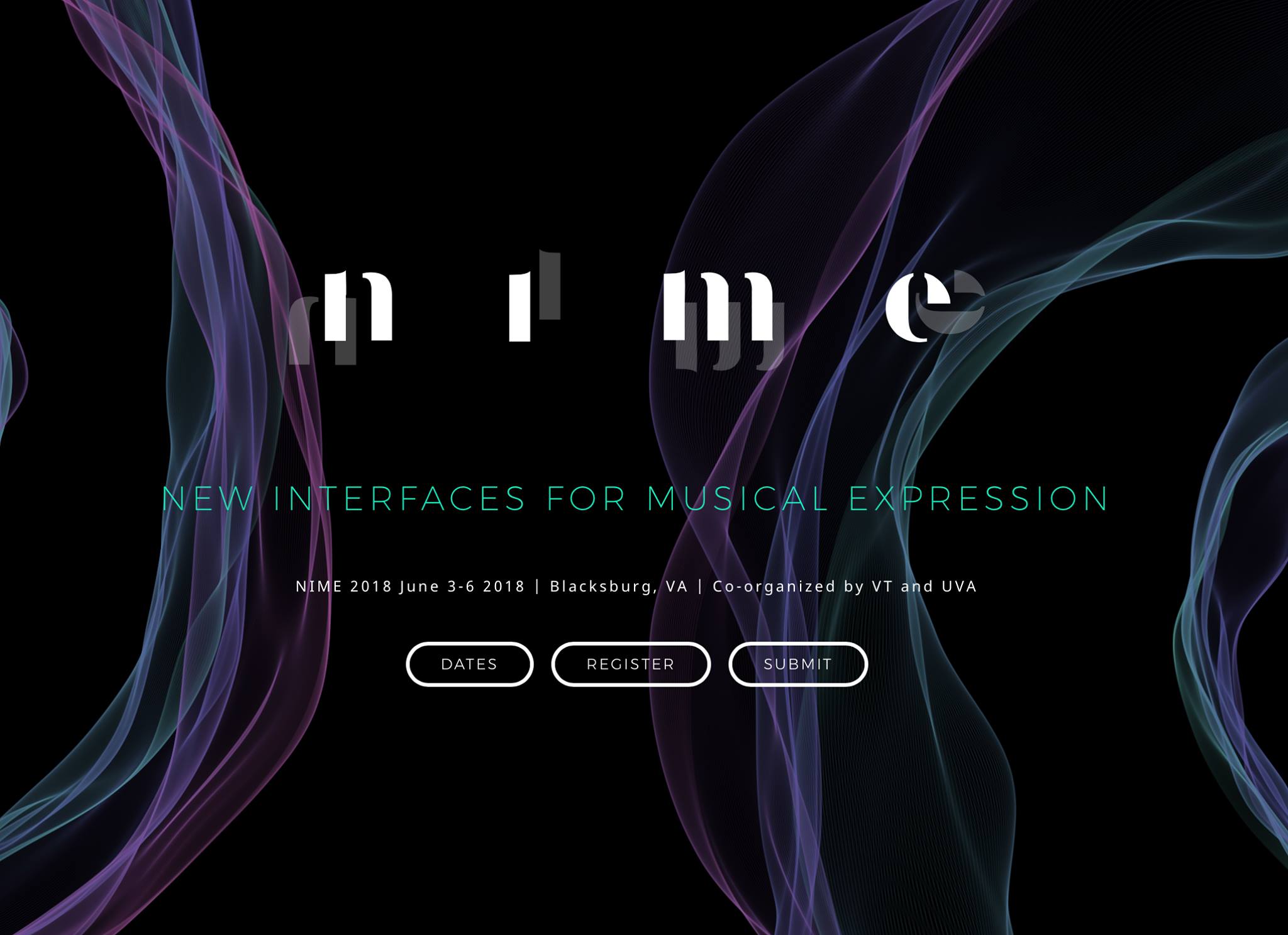 Building on the momentum established by the SEAMUS national conference that put Virginia Tech and ICAT on the national stage, in the late spring of 2015 I assembled a cross-institutional team and led a proposal to host the international New Interfaces for Musical Expression conference at Virginia Tech. A month later the same bid was selected among 5 competitive proposals. With a 17-member committee consisting of Virginia Tech and the University of Virginia faculty and staff, we set out an ambitious plan to grow an already strong conference in several dimensions. We sought to:

According to 2018 Google Scholar metrics snapshot, NIME offers second highest h5-index among conferences in the area of Music & Musicology. As such, following SEAMUS, it was the next logical step in elevating Virginia Tech’s prominence in the field. Three years in the planning, the conference attracted over 250 participants from 27 countries to a small college town situated in the Southwest Virginia, 12 corporate and 1 non-profit partners, and 20 stakeholders (15 Virginia Tech and 5 University of Virginia). As a first international conference hosted by the arts disciplines on Virginia Tech campus, in response to the aforesaid goals, notable milestones included:

Looking back, the three year journey offered an invaluable insight in nurturing volunteer-run initiatives in conjunction with the for-proft and/or cost-recovery institutional structures, and doing so through a large committee spread across two institutions 150 miles apart. It also served as an invaluable catalyst for new and lasting friendships and an amazing array of fond memories.