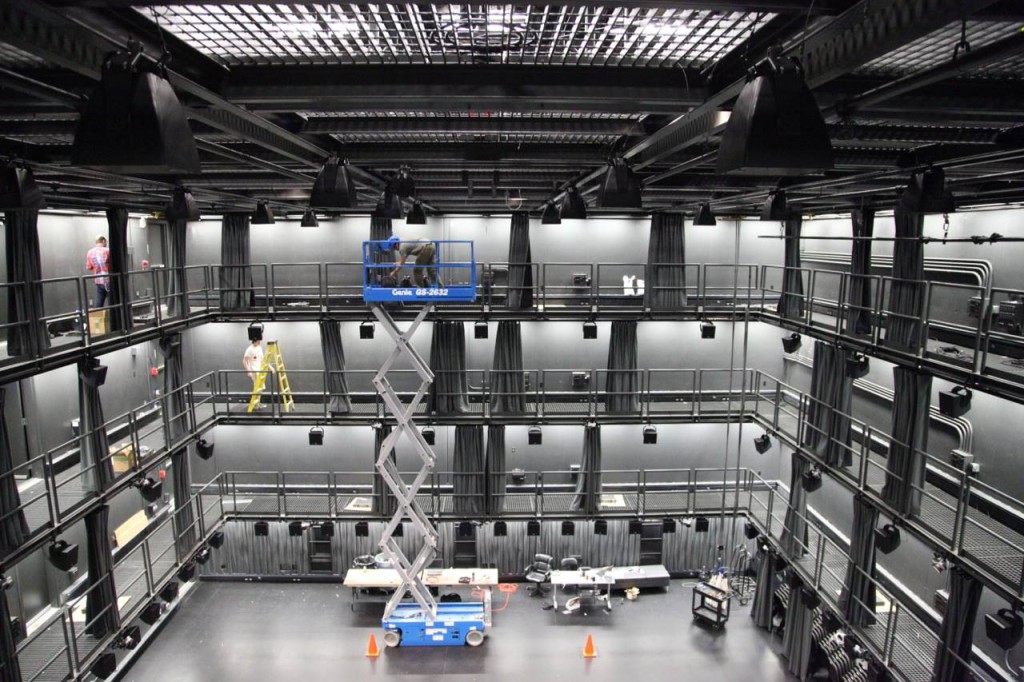 As one of the core faculty and an Assistant Co-Director of Virginia Tech’s (VT) CCTAD initiative, throughout the years, I was tasked with various functions that contributed to securing necessary support and funding for the $100M Moss Arts Center which opened in 2013. Activities included presentations, meetings, demos, shows, and performances. I also contributed to a series of documents describing Center for Creative Technologies in the Arts (CCTA) initiative that later became the Institute for Creativity, Arts, and Technology (ICAT). Most notably, I was heavily involved in the design and development of the Perform Studio and the Cube.

The Cube is ICAT’s signature space with (among other exciting things) a 148-channel audio diffusion (including 9 ultrasonic audio spotlights) with particular focus on versatility and pristine acoustics. Throughout this process, I served as the initial ICAT’s liaison for ARUP Acoustics Inc., who helped design the state-of-art multimedia infrastructure, as well as interfaced with industry (e.g. Genelec Inc., Audinate Inc.) and research institutions (e.g. NASA) to facilitate partnerships and collaborative endeavors. The result is a space that offers seamless integration of all leading audio spatialization technologies, from Vector Based Amplitude Panning (VBAP), and Ambisonics, to cutting-edge Wave Field Synthesis (WFS) and entirely new forms of audio spatialization (such as the D4 library).

Today, I serve as one of the ICAT Senior Fellows and together with my colleagues advise ICAT director on future potential directions for the Institute. As a result, I continue to maintain a hybrid role of a scholar-practitioner, and an administrator. A recent Verge’s coverage of Cube’s unique infrastructure is a great starting point for envisioning the full potential of this exciting space. It also includes some of my recent applied work, sonifying a tornado using the newly developed D4 library.