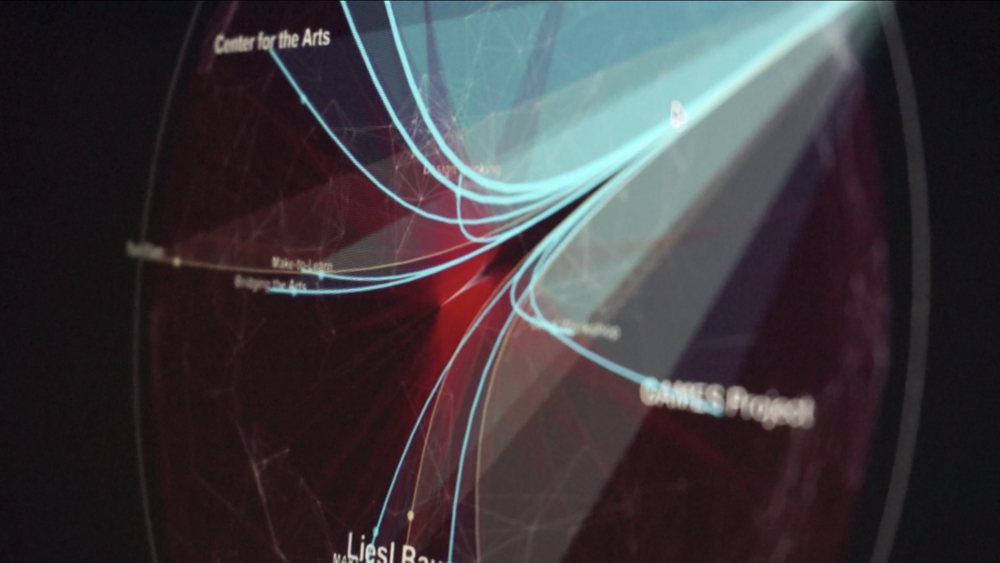 Affectionately referred to as the Orb of Awesomeness, the Orb is a collaborative project focusing on the interactive visualization of a complex web of interrelated data. It all started as a means of displaying ICAT project portfolio in new and exciting ways and has since evolved into an externally funded project: an interactive kiosk metaphor designed to showcase a broad array of complex related data, as well as a visual search tool that in some ways goes beyond what are essentially linear search mechanisms found in today’s leading data search front ends, such as internet search engines.

What is perhaps both unusual and exciting about this project is the way the collaboration took place. Orb was initiated by my colleague and visual artist Dane Webster, who headed project’s first phase. After providing the initial fully working visual prototype, he oversaw the development of a database backend that would allow, based on manually entered data, for generation and update of project relationship database. Once complete, I jump-started the second phase with my task being the implementation of kiosk-like interaction using Leap Motion and Kinect, web-based project entry and automated population of project relationship database, code refactoring and optimization, refining and adapting visuals, and the aural layer with the primary goal of re-purposing the visualization for a sidewalk display in Arlington’s Virginia Tech‘s National Captial Region (VT NCR) building. Since, the project has seen a number of different iterations based on project sponsor’s spec. 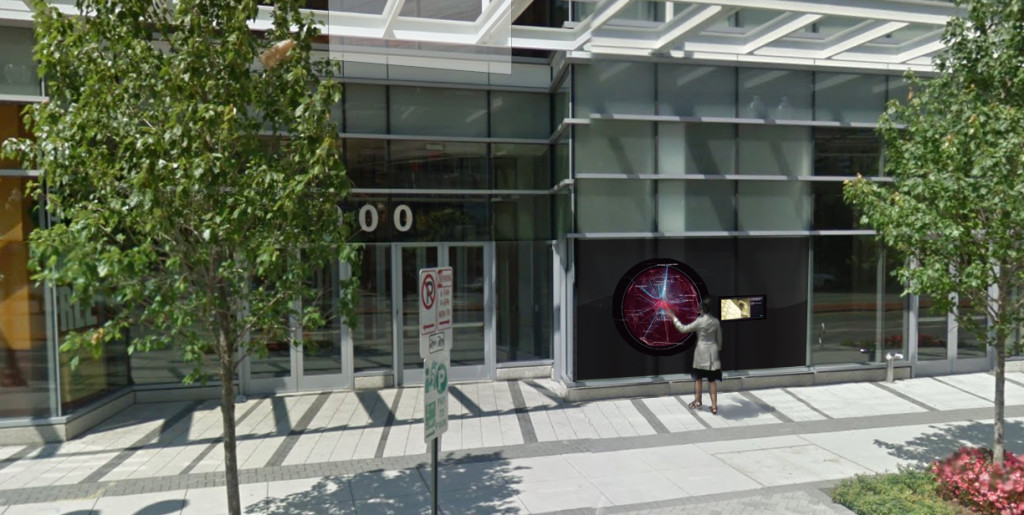 In 2014 the Orb received $20,000 2nd phase funding from VT NCR. The second phase was completed in the summer 2015. In the fall 2015, a new variant was sponsored by NASA with focus on mapping connections among unmanned systems companies in the Hampton Roads, VA, region. The NASA deliverable was completed in the spring 2016. In March 2016, the project also served as a foundation for a $50,000 I-Corps grant by the National Science Foundation for the purpose of exploring potential commercialization. The team consisted of two students, business mentor Lisa Garcia (Cambrian, Inc.), whereas I served as the PI.